Preserving Historical Context While Responding to Present Housing Needs
Having served the assisted living needs of Lancaster’s senior residents since 1905, the historic Long Home (now known as Long Crest) had been vacant since 2011. Its owner, Presbyterian Senior Living (PSL), adaptively reused both the main Long Home structure and a nearby carriage house while constructing a new building addition for approximately 70 residents.

To maximize redevelopment efficiency, and achieve the historical commission’s desires, the carriage house was carefully relocated and integrated into this building addition. RGS collaborated with the project architect and general contractor to determine the best location for the carriage house.

Thoughtful Redevelopment Through Modern Design Strategies
Preserving public views toward the front sides of these historic structures, RGS intentionally located the new structure and parking area within what had traditionally been the rear portion of this approximately 4-acre property. All service functions such as deliveries, parking, and refuse collection now occur within a mostly hidden service courtyard, while iconic rolling lawns and many mature trees remain undisturbed by these recent additions.

Working with the South Central Transit Authority, RGS proposed a new bus stop with a connecting walkway to encourage residents and neighbors to utilize available public transportation. This new walkway follows the earlier route of Long Home’s original carriage drive. The location of the new structure along Walnut Street was also an attempt to further enhance the streetscape, with the new building’s architecture somewhat mimicking the rhythm and details from nearby streetscapes. Doing so allowed for the creation of a service courtyard where cars now park and deliveries are received.

Throughout this extensive process, several meetings were scheduled with Long Crest neighbors who initially opposed redevelopment efforts, but eventually voiced their support once specific project details were known. 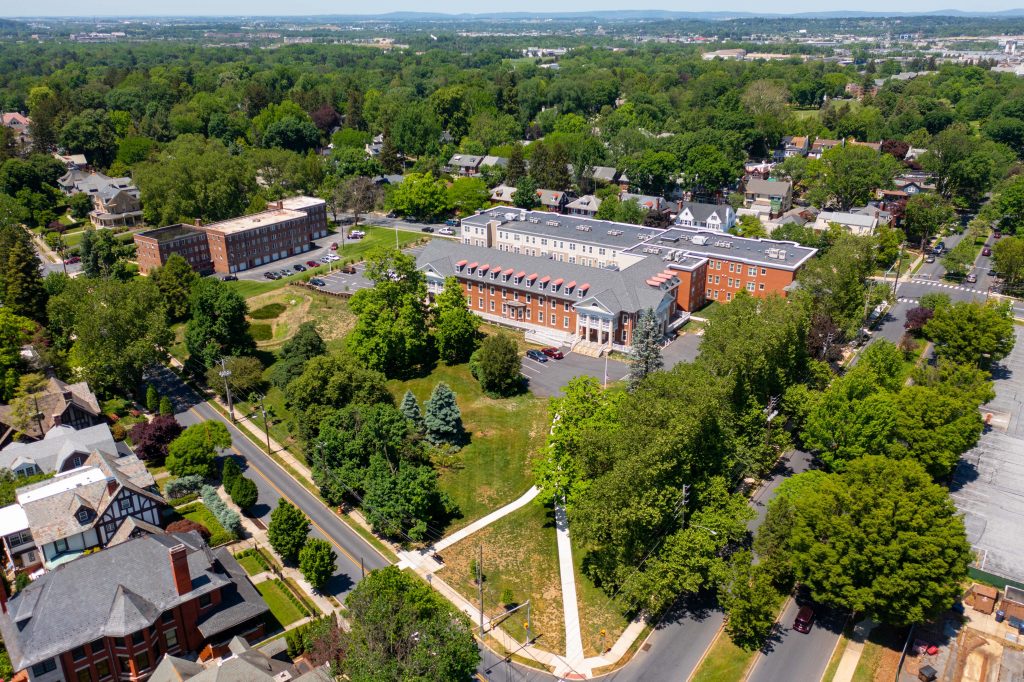 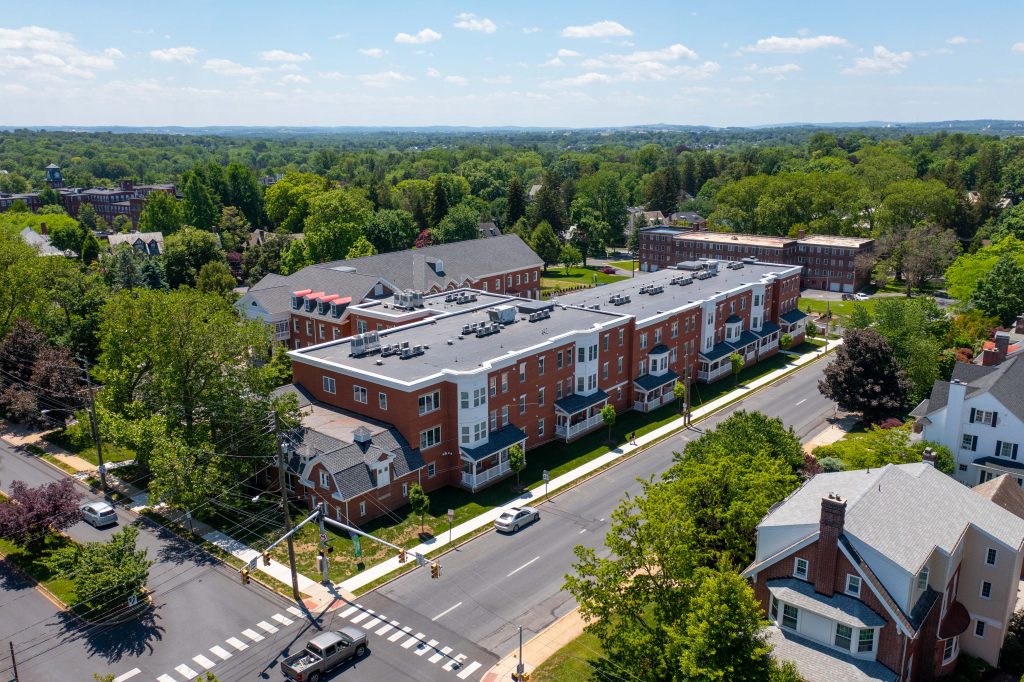 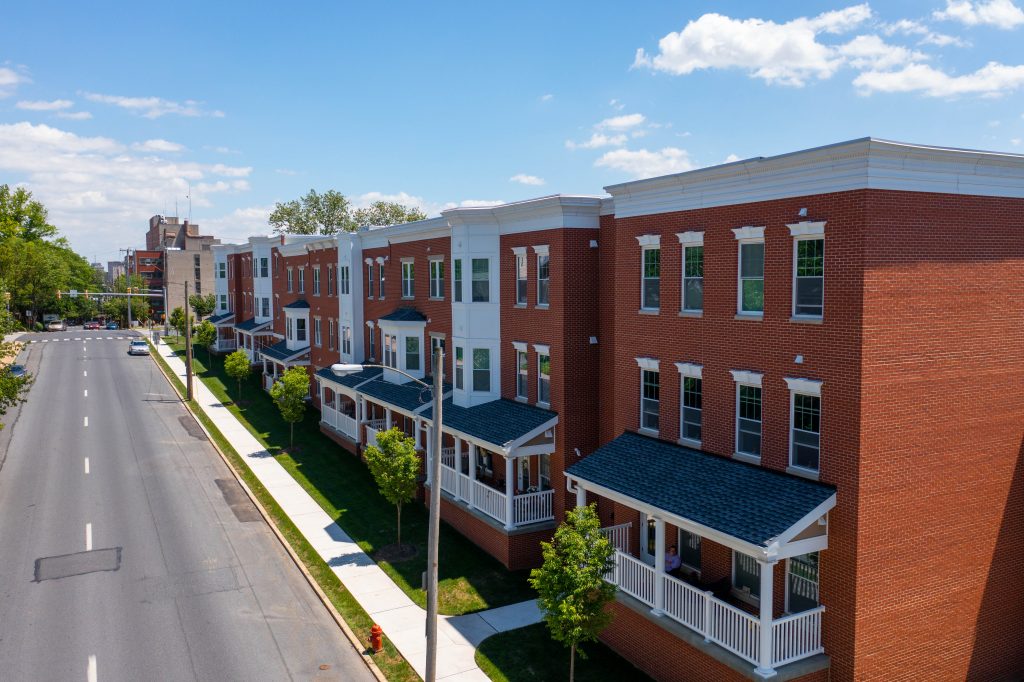 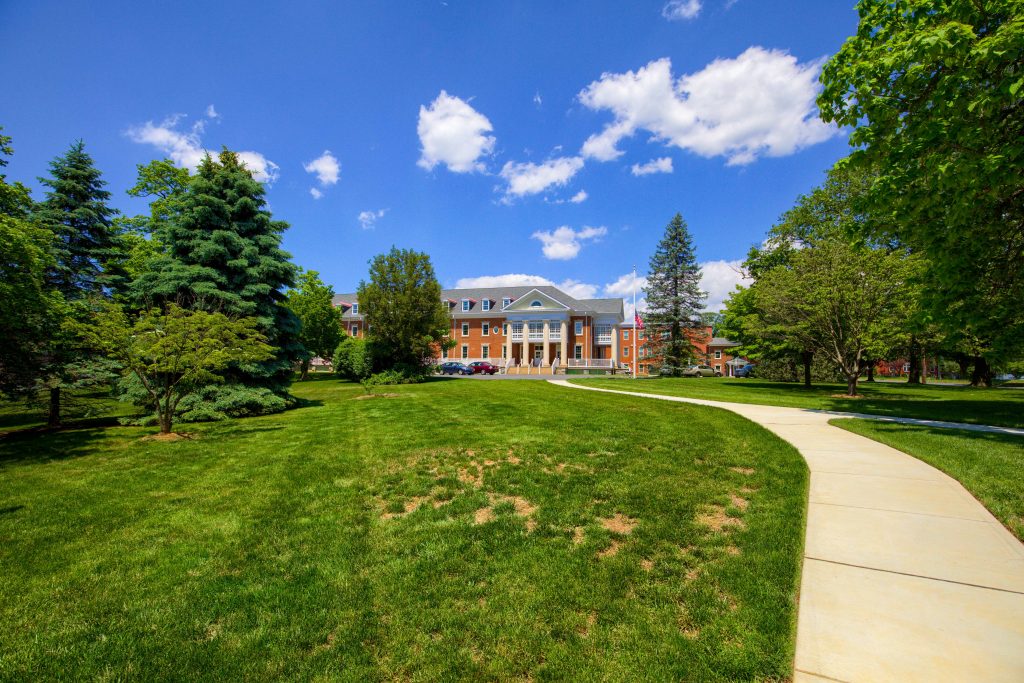