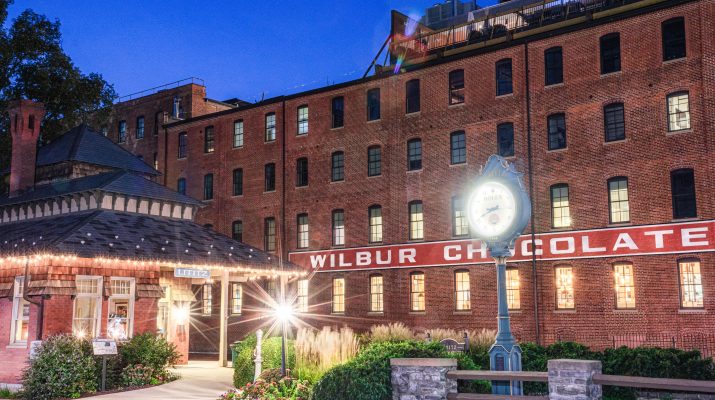 The landscapes across Central and Southeastern Pennsylvania look much different than they did decades ago.

As families and businesses began migrating to the region in droves, a housing boom ensued and demand for commercial spaces spiked, leading to rapid growth of developed land.

Fast forward to today, and it’s no surprise that we’re facing the effects of this growth.

We’re simply running out of space.

What’s more, much of this developed land is now home to aging residential and commercial spaces. Some have aged gracefully; others have not.

The good news is that we’re seeing more and more municipalities and developers solving these two challenges with one solution: redevelopment.

“We can’t create land, but we can rethink how we design and build on the existing developed land we have across our communities,” said Chris Venarchick, Principal at RGS.

“Our clients are becoming more and more challenged by land development projects,” Chris said. “Development takes a lot of time—from working with municipalities to obtain the proper permits to, in many cases, creating a new underground stormwater system. It’s also risky—you never know what you’re going to find when you put shovels in the ground.”

From the RGS perspective, redevelopment is one solution that benefits everyone.

Beyond Land and Development Challenges, Cost is the Next Big Driver in the Push Toward Redevelopment

“Our clients see immediate cost savings when they look at the long list of development steps that aren’t required for a redevelopment project,” Chris said.

He continued, “For a redevelopment project, you may have the ability to utilize existing infrastructure such as sewer and water mains where capacity is already secured.  That offers significant savings compared to a longer duration process of obtaining approval and permits to install new utilities.”

Redevelopment Has a Leg Up Over New Land Development in Other Ways, Too

While development decisions often come down to the bottom line, redevelopment holds several secondary benefits, each of which positively influences cost savings in its own way.

Redeveloping an existing site can allow builders to reuse building materials—reducing both impact and cost. More reuse also means less waste tossed into landfills. And it can also reduce the total cost of the project or free up room in the project budget for other features.

It Improves the Look of Spaces in Need of Repair

Blighted properties and vacant spaces left untouched or barely maintained for decades show their age, negatively impacting the value of homes and businesses in the surrounding community.

Municipalities with aging spaces typically embrace redevelopment as a way to improve the state of properties in their area, revitalize spaces that have become eyesores, and strengthen the local economy. Buildings left unattended are also at risk for squatters. Redevelopment helps eliminate this issue, as well.

There are Tax Incentives and Credits Available

Developers can take advantage of Pennsylvania state tax credits and deferrals offered for redevelopment construction that improves a municipality. One such tax deferral is the Local Economic Revitalization Tax Assistance Act (LERTA) which authorizes local taxing authorities to exempt construction projects in economically depressed communities or for the repair of deteriorated properties.

The ability to defer tax payments reduces costs for the developer, incentivizing them to redevelop blighted or distressed properties as opposed to developing untouched land.

Chris and the team at RGS believe that these benefits more than make the case for redevelopment in Central and Southeastern Pennsylvania, two regions that have nearly exhausted the existing land available for new development.

And they’ve seen the positive results with their own eyes. Below are spotlights of three recent redevelopment projects led by our team that demonstrate the benefits of redevelopment and its power to turn depressed properties into desirable community spaces.

RGS worked with Lawson Development & Construction Corp. on the Verde Multi-Family Apartments project to redevelop and bring new life to the vacant Verdelli Farm just outside of Hummelstown, Pennsylvania. Together, we transformed the unused property into an apartment complex with 134 one- and two-bedroom apartments. 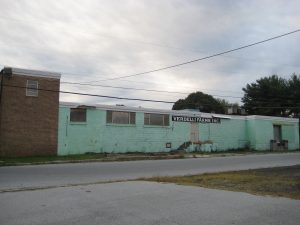 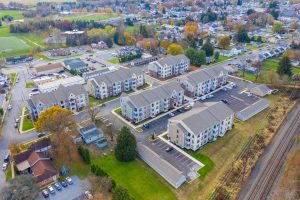 The project came about thanks to a grant from the Federal Environmental Protection Agency awarded to the Dauphin County Redevelopment Authority. The grant funds were used to demolish the existing farm building and make way for the new Verde neighborhood.

“Old commercial properties like the Verdelli Farm can house contaminated soils due to oil and runoff originally used on the farm,” explained George Connor, Executive Director of the Dauphin County Redevelopment Authority and Land Bank Authority. “Thanks to the grant funded by the EPA, we used the funds to remove the building and soil contaminants, saving Lawson Development & Construction significant costs and thereby incentivizing them to redevelop the property.”

Today, Verde is a walkable neighborhood enjoyed by families and the surrounding community. The redeveloped property preserved much of the farm’s open space and added to the beauty and health of the community.

“We are encouraged that we have a shining example of redevelopment which was done in a walkable setting and at a higher density than traditionally found in Central Pennsylvania,” said Jamie Brubaker, President of Lawson Development & Construction Corp.

The Wilbur, a former chocolate manufacturing building located in Lititz, Pennsylvania, was converted into a marketplace and restaurant, hotel, market-rate apartment building, and age-restricted apartments. The mixed-use buildings sitting on an 11-acre property included three phases of redevelopment. 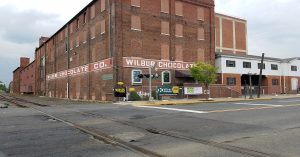 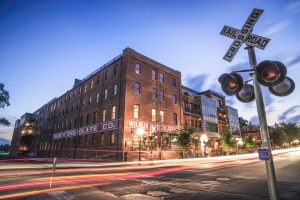 To redevelop the property, RGS and Oak Tree Development ran up against existing zoning and development codes that interfered with the original redevelopment plan. But, thanks to RGS’ ability to receive a special exception, they successfully gained zoning approval to continue the project.

The Wilbur project successfully reused a space that would have otherwise sat vacant in the heart of Lititz Borough. RGS helped to revitalize the town and bring new life to the historic and iconic Wilbur Factory.

The redevelopment of Stadium Row, a market-rate apartment complex in Lancaster City, Pennsylvania, required RGS to obtain zoning approval from multiple agencies and the adjoining property owner to subdivide the site and transform it into a multi-family urban living space. RGS worked alongside SDL Devco, LLC to revitalize the property. 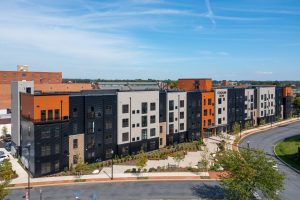 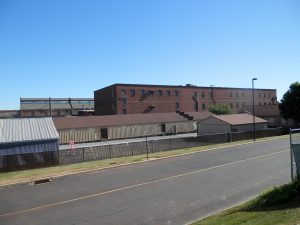 “While redevelopment projects have been successful business opportunities, it has been even more rewarding to see how they can have a significant impact on the community,” said Benjamin J. Lesher, MCRP/MBA, President & Founder of SDL Devco, LLC. “With the redevelopment of Stadium Row and the future redevelopment of The Yards, we are breathing new life into underutilized properties in a substantial and thoughtful way to meet the need for housing, particularly smaller units.”

The Move Toward Redevelopment in Central and Southeastern PA

The move toward redevelopment is already underway in our region and growing as undeveloped land becomes more and more a thing of the past.

With extensive redevelopment experience, RGS is here to guide you through the process. When you’re ready to discuss your next redevelopment project, contact the RGS team. We’re here to help you bring new life to vacant or blighted spaces throughout Central and Southeastern Pennsylvania.